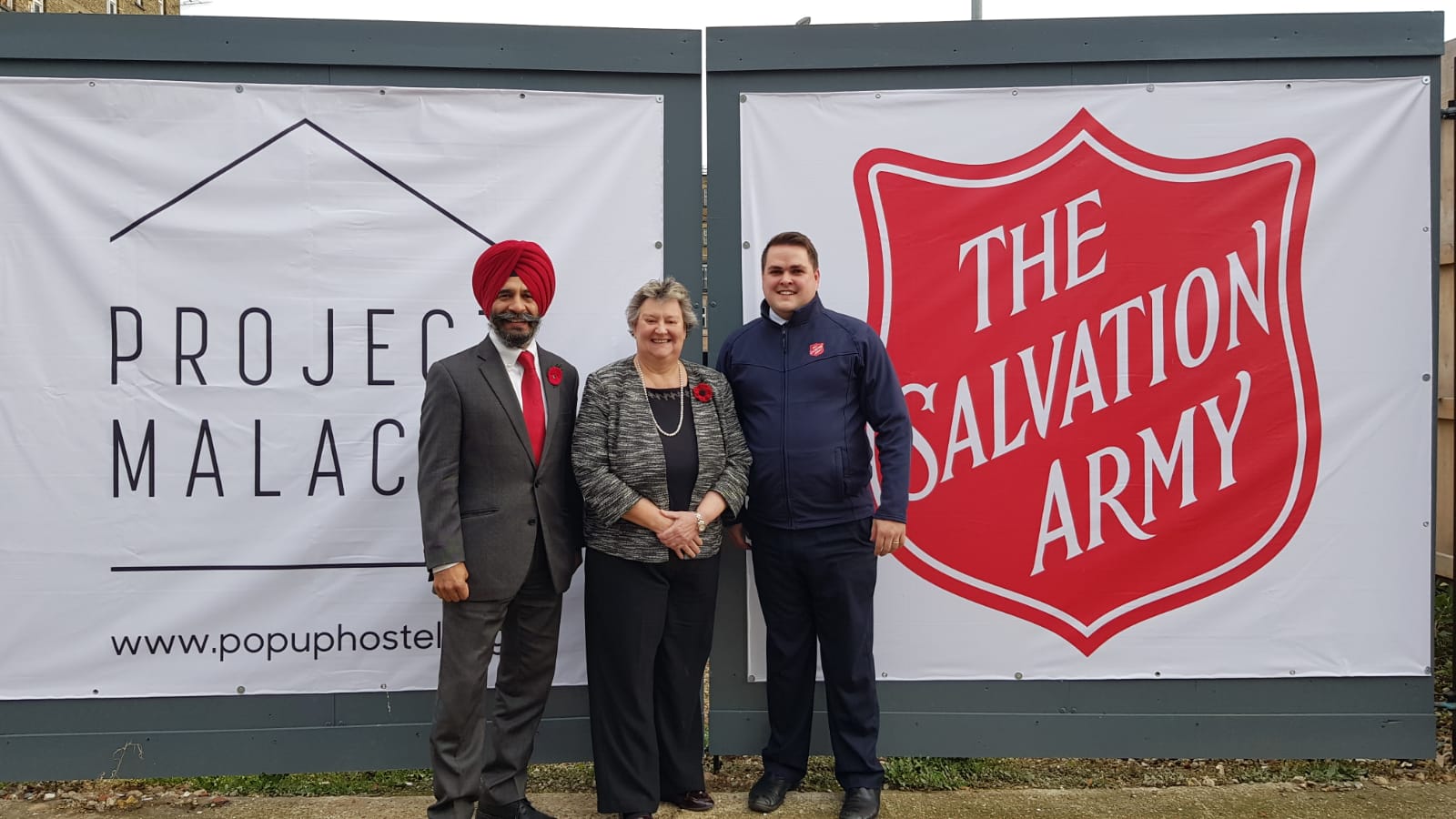 Today, Heather Wheeler MP, Parliamentary Undersecretary for Housing and Homelessness, visited Redbridge to discuss the issues the borough is facing with a high number of people sleeping rough.  A number of organisations, including The Salvation Army Ilford, were represented at the roundtable meeting with the Minister, Leader of Redbridge Council Cllr Jas Athwal, and Cabinet Member for Housing Cllr Farah Hussain.

Following the roundtable, the Minister visited the site for Project Malachi just around the corner from the Town Hall with Captain John Clifton and Cllr Jas Athwal.

Captain Clifton said: "We were delighted that the Minister was able to make time to visit Project Malachi.  This ambitious project wouldn't be possible without the partnership work between The Salvation Army Ilford, Cllr Jas Athwal and Redbridge Council.  We are glad that the Minister has recognised this powerful collaboration.  However, we remain concerned that, despite all our efforts, the rules about people having No Recourse to Public Funds mean we are constantly fighting an uphill battle to help those who are in most desperate need.  We are committed to helping the most vulnerable in any situation, and we look forward to further support from the government in achieving our aims."